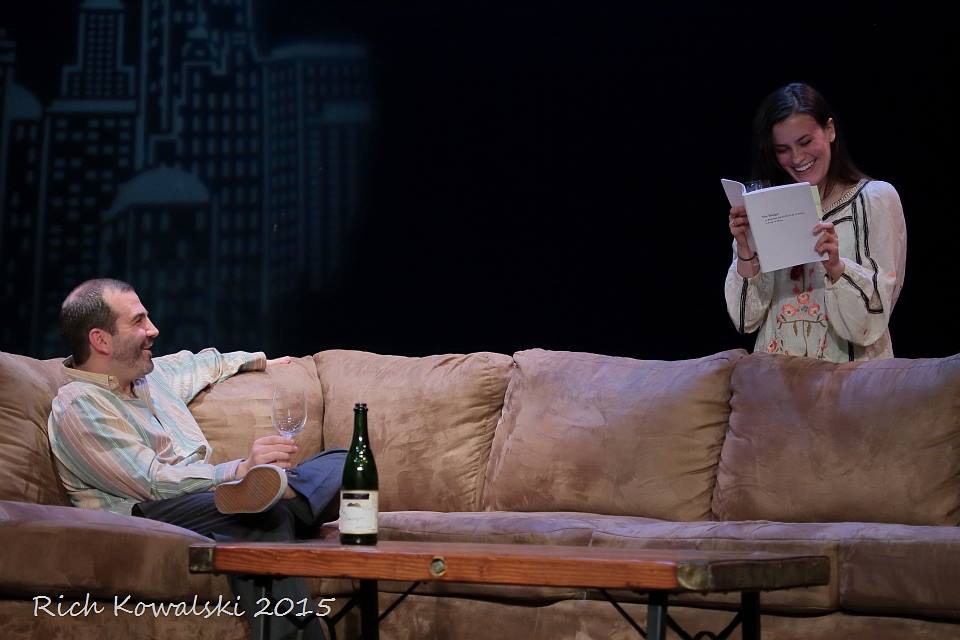 When I first saw Speed-The-Plow on Broadway in 1988 I thought “my God I have to do that”. My ambivalent relationship with God aside, I was so completely blown away by how the power of Mamet’s exact use of language drives the action. Like Shakespeare, all the information needed to perform the piece is written down in the dialogue. Mamet prefers that the actor forget about “emotional preparation” and just get out there and do it. He urges the actor to avoid doing the interpretive job of the playwright. “The actor is on stage to communicate the play to the audience. That is the beginning and the end of his and her job” and “like sports, the study of acting consists in the main of getting out of one’s own way.”

In The Presence of the Actor Joseph Chaikin writes “Acting is a demonstration of the self with or without a disguise. Because we live on a level drastically reduced from what we can imagine, acting promises to represent a dynamic expression of the intense life. It is a way of making testimony to what we have witnessed–a declaration of what we know and what we can imagine. An actor, in expressing himself, touches zones of being which can potentially be recognized by anyone.”

It is a play that I have ALWAYS wanted to completely devour and experience with an audience. To quote Chaikin again, “the joy in theatre comes through discovery and the capacity to discover. What limits the discoveries a person can make is the idea or image he may come to have of himself. The image can come about through his investment in his own reputation, through an involvement with approval and disapproval, or through feelings of nostalgia stemming from his desire to repeat his first discoveries”. Let go and enjoy.